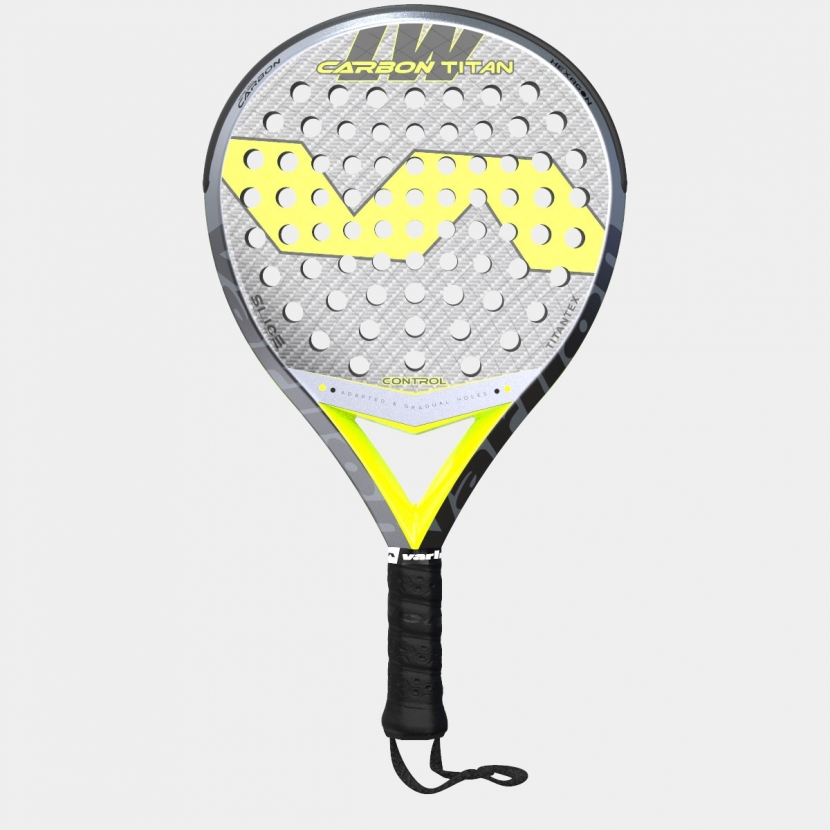 Advanced level Varlion padel racket with a round shape that privileges control over power.

It is made using a bi-directional tubular carbon.
Its core is made of Eva Hypersoft with a medium hardness of 38mm and is laminated by layers of different fiberglass and Titantex fabrics, impregnated in Varlion’s exclusive VAR-FLEX epoxy resin for maximum elasticity and resistance, and covered by a layer of titanium dioxide.

Its perforation, called Adapted & Gradual Holes, increases the sweet point of the racket as it is designed following the shape of the racket outline. The external holes have a diameter of 13mm and the internal ones 11.5mm to also make the hitting more homogeneous.