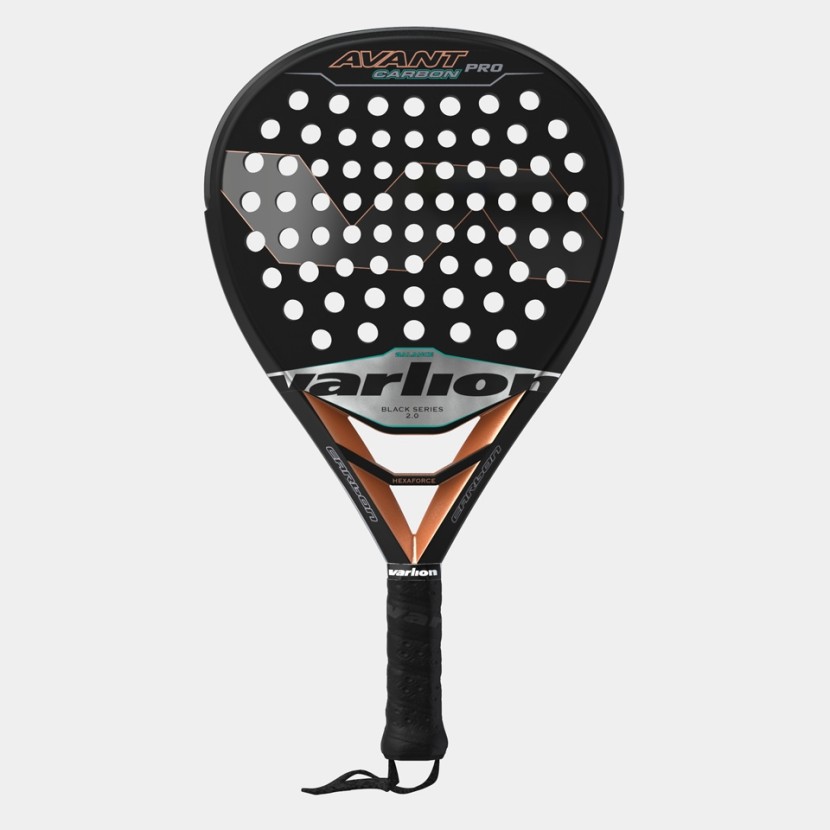 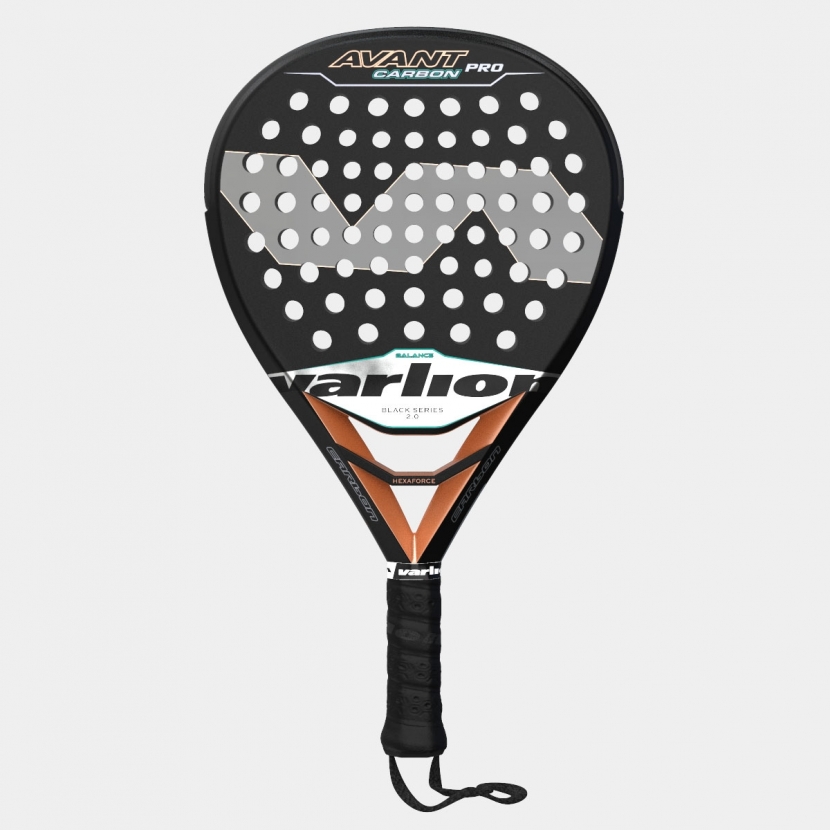 Advanced level Varlion padel racket designed for players who like white rackets. Thanks to its tear shape, it is characterized by providing a good balance beteween control and power.

It is made of a bi-directional carbon fiber tubular, reinforced by layers of fiberglass fabric.
Its core is 38mm medium-strength Hypersoft EVA rubber, laminated by layers of plain fiberglass fabric, which are impregnated in Varlion's exclusive VAR-FLEX epoxy resin to obtain maximum elasticity and resistance, and covered by a layer of titanium dioxide.

It’s designed with a Hexagon frame to increase its rigidity and resistance, and includes the so-called Hexaforce bridge in the heart to further increase the rigidity of the frame.

Its frame is protected by the new adhesive injected Hexagon bumper, which is produced through an injection mold in low hardness PTU to absorb shocks and chafing.
This bumper is fixed on the frame by means of an adhesive tape, which allows it to be perfectly twinned and helps to reduce the vibrations of the blade. In its latest version we have reduced its weight by 50%, now weighing only 11 gr.

Avant, Hexagon frame and Adhesive Protector, are Utility and Industrial brands and models registered with the Spanish Patent and Trademark Office, and therefore exclusively owned and used by Varlion.