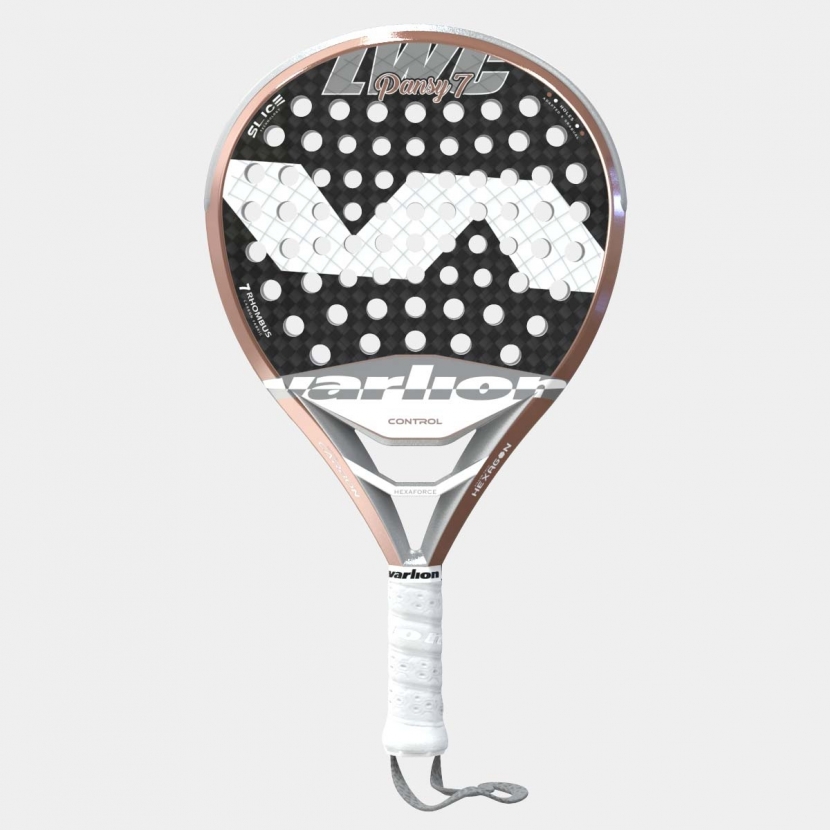 Varlion padel racket used by professionals who like softer rackets, with a round shape that privileges control over power.