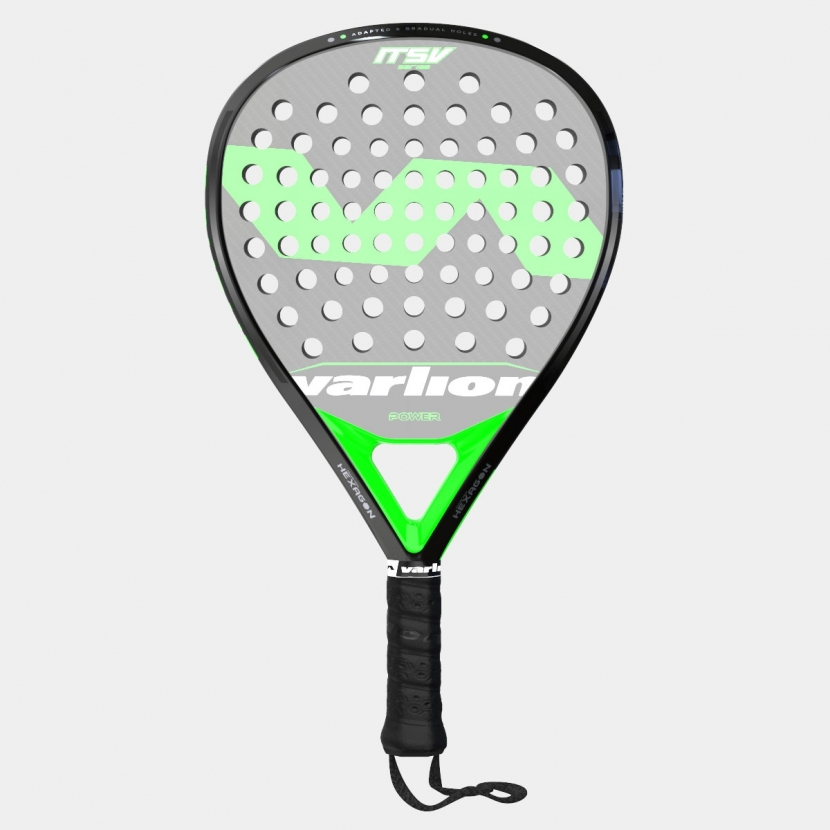 Varlion mid-level padel racket with a teardrop shape, which favors power over control. Ideal for players who like soft rackets.