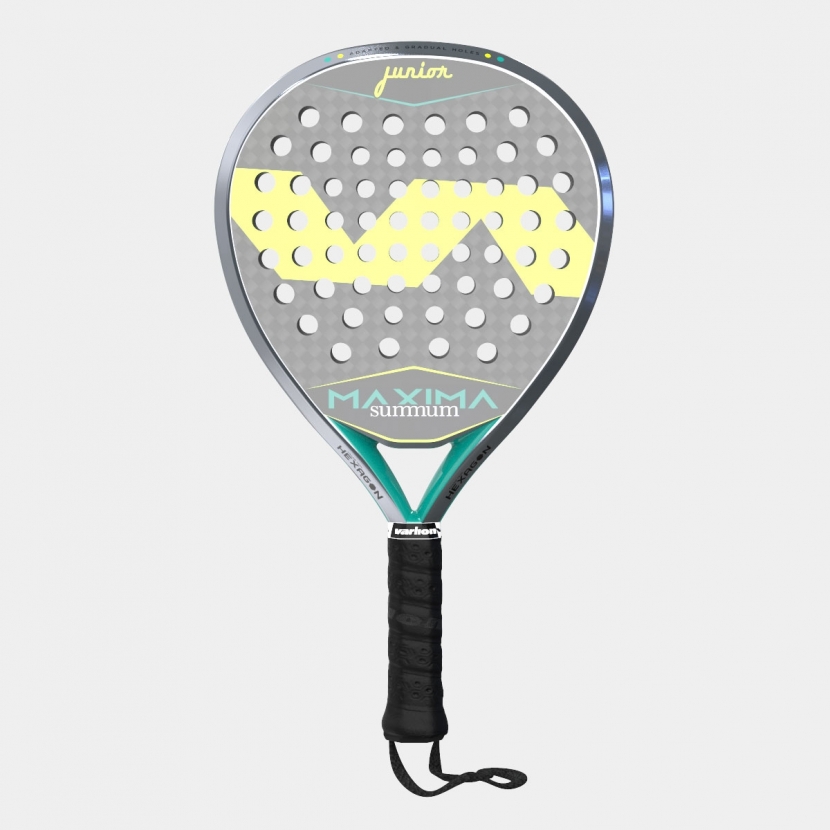 Summum technology is based on the sum of four great innovations launched in 2018, which give rise to the most complete and highest level racket in the collection. Maxima Junior racket has two of the most important ones:

Varlion padel racket recommended for children between 7 and 11 years old.

It has a rounded teardrop shape for easy control. In its design, one of the main characteristics of the Summum range rackets (the highest range in the collection) has been applied: a longer handle to facilitate driving or backhand strokes with the little ones with both hands.
In turn, it has been manufactured with a Hexagon frame to make it more rigid and resistant.

It is manufactured using a bidirectional tubular of glass and carbon, reinforcing the heart with fiberglass.
Its core is 38mm Eva Flexcore laminated with plain fiberglass fabric and impregnated in Varlion's exclusive VAR-FLEX epoxy resin for maximum elasticity and resistance, and covered by a layer of titanium dioxide.

Maxima, Summum and Hexagon frame are brands and utility models registered in the Spanish Patent and Trademark Office, and therefore exclusively owned and used by Varlion.