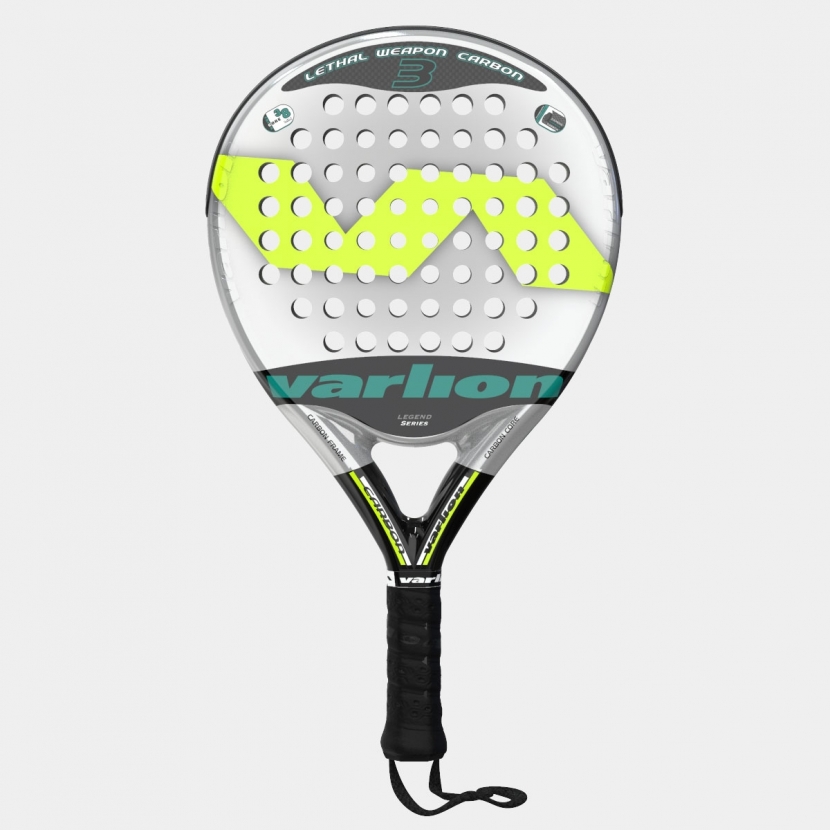 LINEAL AND GRADUAL HOLES
Gradual drilling with 13mm holes in the closest area of the frame and away from the center, 11.5mm as it approaches to the center, and 10mm in the center, but placed in horizontal and vertical lines. This special drilling helps to achieve a more homogeneous hit

VFP ADHESIVE
Self-adhesive bumper produced by an injection mold in TPU with low hardness to absorb shocks and friction.
It is fixed on the padel racket’s frame by an adhesive material, and is not necessary to fix it drilling  the frame. With it, you will not have possible vibrations of the bumper and a full join between it and the frame.

HYPERSOFT
E.V.A. core with hardness measures and spectacular rebound to give to the padel racket a great balanced control and power.

100% CARBON CONSTRUCTION
It consists of the mixture of carbon fiber fabrics and tubes, with a formulation of a high-control rubber, and an epoxy resin of high strength and flexibility. More than the materials used, it is the way in which it is introduced into the mold and the structure that carries the padel rackets with them.

The legendary padel racket LW Carbon 3, which was the sales world record, continues in this collection with a changed, more modern and updated aesthetic.

It is characterized for being a round shaped racket that privileges control over power.

It is made using a bi-directional tubular frame made of 100% carbon fiber reinforced with plain carbon fabric.
Its core is made of 38mm EVA Hypersoft, laminated by two layers of plain carbon fiber fabric and a layer of glass impregnated in VAR-FLEX epoxy resin, developed exclusively for Varlion, with maximum elasticity and resistance.

Due to its materials, it is more rigid and resistant compared to other models, offering greater ball control with more homogeneous strokes, and at the same time less vibrations thanks to the use of carbon fiber both in its frame and core.

Includes the new adhesive injected protector that is 10 grams lighter than the previous one; now it weights a total of 11 grams. It is designed and produced through a low hardness TPU injection mold to absorb bumps and chafing. It is fixed on the racket frame by means of an adhesive tape without the need to drill the frame, which also helps to avoid vibrations.

Lethal Weapon and Adhesive Bumper are brands and utility models registered in the Spanish Patent and Trademark Office, and therefore exclusively owned and used by Varlion.