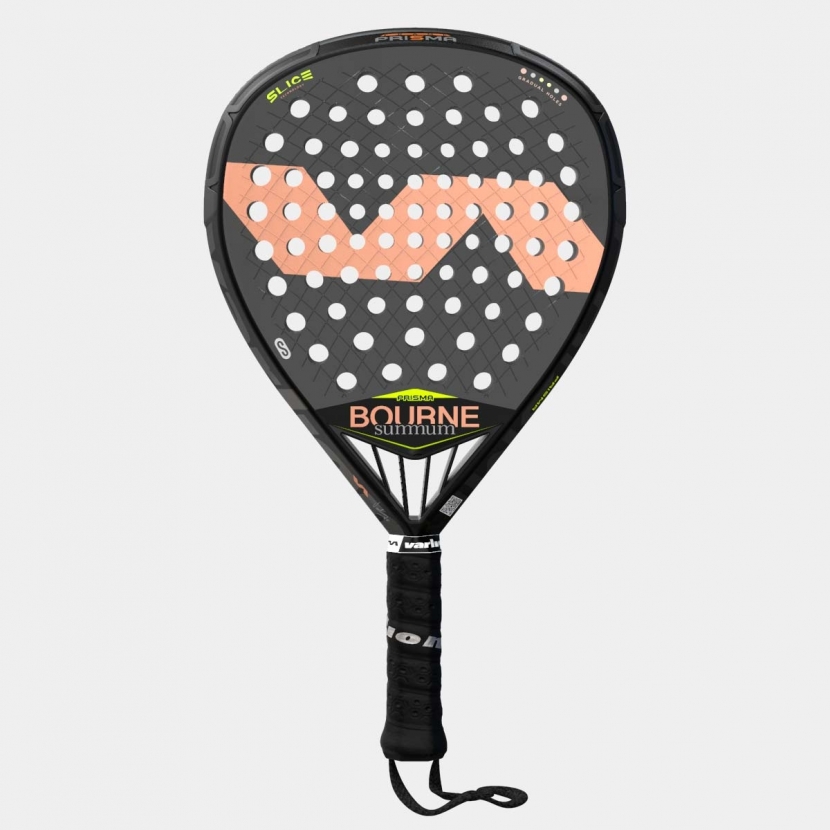 BOURNE padel racket was launched for the first time in 2018, as a result of merging the CAÑON racket, a diamond shape created in 2001, and AVANT racket, a teardrop shape created in 2009. We achieve a racket that is focused on players who need a further touch more of power than control. The BOURNE form is also a registered trademark of Varlion in the European Union.